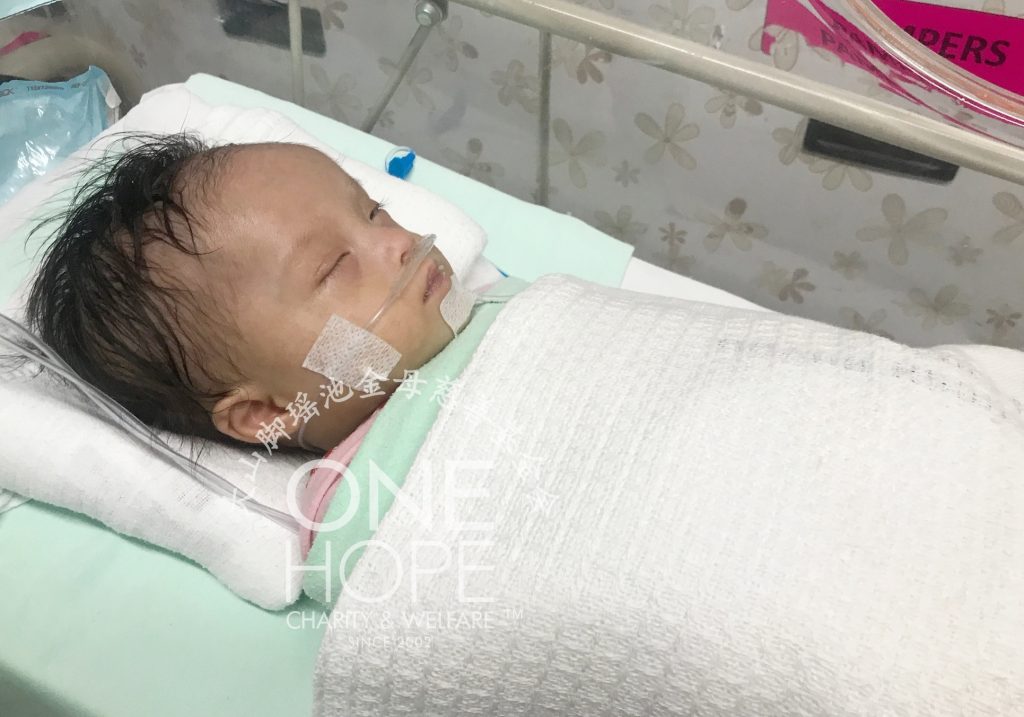 When the baby was still in the mother’s womb, the doctor already discovered that his heart has defects. During the 36th week of pregnancy, the doctor found out that the blood in the mother’s fetus could not be transfused to the baby, so an emergency C-section was operated on Jan 1. To date, the New Year’s baby is three months old, but still currently in the NICU ward. He needs RM70,000 to pay for the heart surgery, and we hope everyone could donate and save his little baby.

The baby AHMAD HAFIZUDDIN BIN MOHD NAZREE was born in Bukit Mertajam, but he was unable to go back home due to his heart condition. Both parents have cried and begged for the public for donations, so that their child can undergo surgery in a more critical time.

When the baby boy was still in the mother’s womb for 35 weeks, the doctor had noticed that the baby has problems in the heart, hence the mother was transferred to a specialist doctor for follow-up.

Unexpectedly, when the mother was at the 36th week of pregnancy, the doctor noticed that the fetus was unable to transfuse blood into the baby, hence needed to perform an emergency C-section. When the baby was delivered, he only weighed 1.89 kg.

The baby’s body size is very small after birth, and with his heart problems, the doctors have made arrangements to put in the incubator in the NICU ward for treatment and examination. The baby will be moved to the general ward on his scheduled birth date, but will need devices to aid his breathing.

Apart from the hole in his heart, the baby boy was also diagnosed with multiple health complications.

The baby boy was unable to breathe on his own and had to use a machine to help his breathing. Hence up until today, he has to stay inside the incubator.

The only way for him not to rely on the breathing aid was only to undergo surgery to have his heart repaired, however to a small family, the surgery cost of RM70,000 is simply unbearable. Hence the parents approached One Hope Charity for help.

The father MOHD NAZREE BIN MOHD RAKIB, 41, works as a driver for the Seberang Perai City Council, with a monthly income of RM3,000; the mother MAHSURI BINTI MOHD ZUBER, 41, is a housewife. Both of them have four children, aged ranging between 2 and 20. AHMAD HAFIZUDDIN is the youngest among the family.