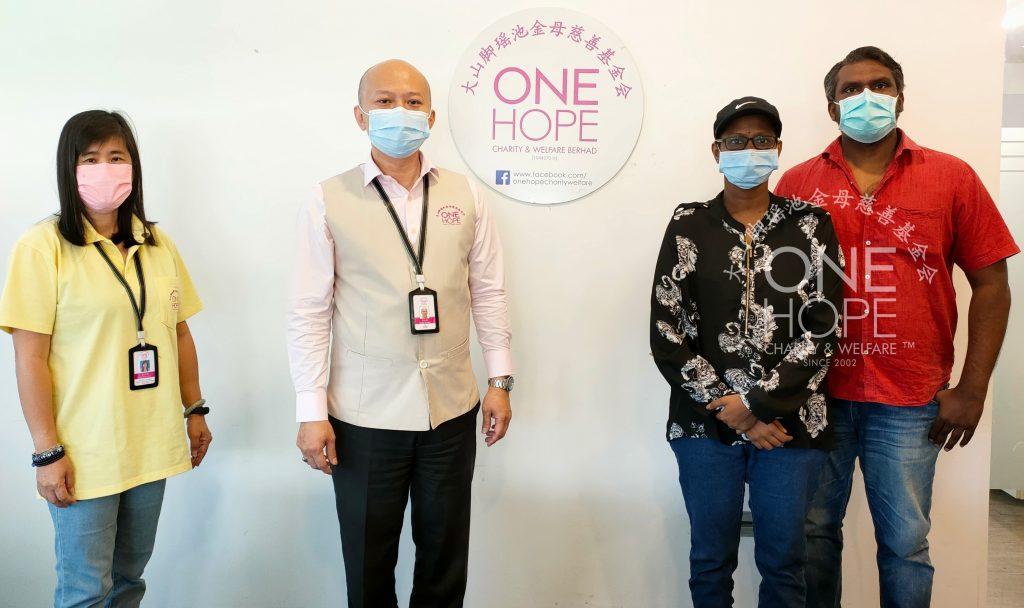 After being diagnosed with breast cancer three years ago, she accepted the treatment, but along the period of recovery her breast cancer recurred. The strong-willed girl did not give up treatment and currently in need of targeted medication to control her cancer cells. Unfortunately, she is still short of RM85,000 to settle her medical expenses. She hoped that the public could give her the financial and moral support to win her battle against cancer.

Bhavani A/P Supramani, 36, from Kuala Lumpur was diagnosed with breast cancer in 2018 and she had accepted treatment. However, on her road to recovery, the doctor noticed that her cancer has relapsed. Traditional chemotherapy has shown no effect against the cancer cells, hence it is required to use targeted medication for treatment. However, the costs for targeted medication is high and Bhavani was unable to fully pay the price.

In 2018, she expressed concern after feeling a hardened lump in her breast. She immediately seek medical examination in a hospital and the doctor diagnosed her with Stage 3 of triple-negative breast cancer.

The doctor immediately arranged chemotherapy for her and when her treatment was completed in December 2019, she has always gone for regular medical checkup. But in March 2020, the doctor suspected signs of the breast cancer recurring, so she had undergone various tests and examinations for confirmation.

Unfortunately, it is confirmed that her triple-negative breast cancer has been relapsed. Traditional chemotherapy has proven to be ineffective for her, hence the doctor suggested using targeted medical chemotherapy in order to control the cancer cells from spreading, shrink the tumour inside her breast before surgically removing it.

The reaction of targeted chemotherapy varies from each individual, so the doctor is required to use different types of targeted medication for her to undergo chemotherapy to get the best result.

On the other hand, her husband Aananthan A/L Moganin lost his job in Singapore in March last year due to the pandemic. Now he has been taking care of his wife.

To date, she has to apply at least two types of targeted chemotherapy medication every month, which costs along the range of RM6,000 and RM8,000 (different pricing for respective targeted medication), the doctors estimated that the overall target chemotherapy would cost around RM170,000, but the patient can only bear half of its expenses. She hoped that the public could help her settle the remaining RM85,000 for her treatment.