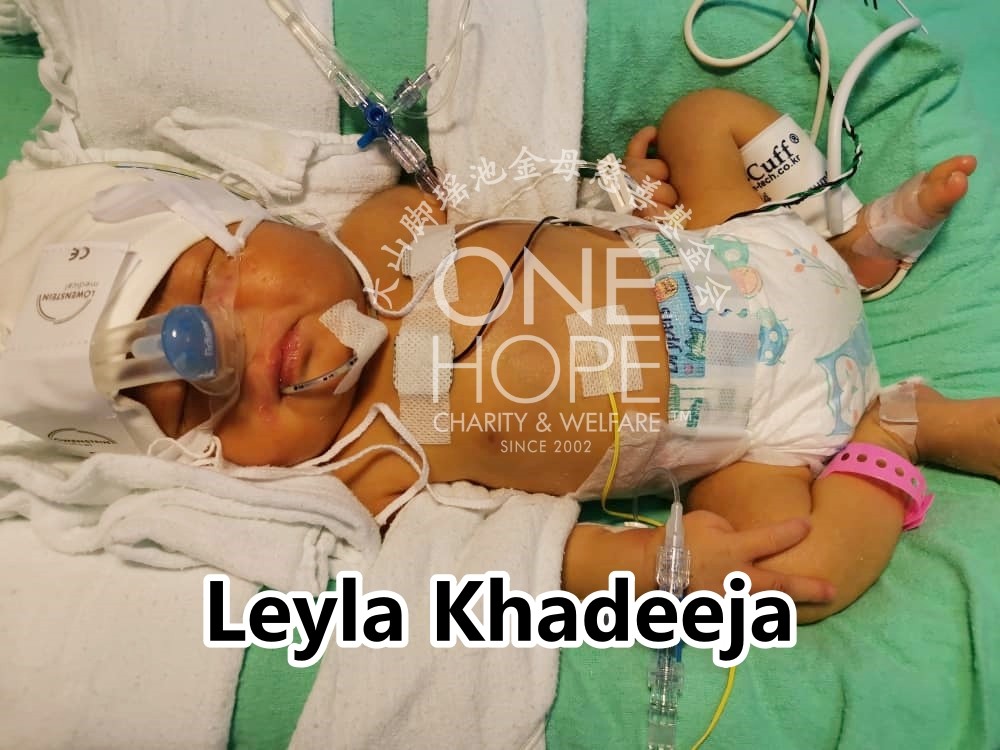 Everything was normal until the baby girl was born. However, an examination revealed that the newborn girl suffers from a rare situs inversus, where her major visceral organs are reversed from the normal positions. Her parents are panicked and anxious about her condition.

The internal organs reversal resulted her to suffer from congenital heart defects. Her heart is located on the right side of the chest and has many defects that requires timely heart surgery to save her life. However, the parents are worried about the RM70,000 surgical fee. Shortly after giving birth, the mother joined her husband to appeal to all generous individuals in the society to join them in saving their daughter.

Due to the critical condition, she was rushed from Perlis by an ambulance to Penang Hospital for detailed examination on the same day. The result showed that the baby girl was confirmed to have situs inversus and dextrocardia.

Situs inversus is a congenital structural condition in which the major visceral organs are reversed (or mirrored). It is a rare and is generally an autosomal recessive genetic condition.

As the condition is urgent, special and complicated, the doctor recommended that the baby girl to undergo a heart surgery cost RM70,000 as quickly as possible to save her life.

Her 28-year-old father Muhammad Khusairie Bin Rusle is a photocopy machine technician, earning about RM1,800 a month. Her mother Nurul Haffiny Zayryn, 28, sells skincare products online with uncertain income. The couple another two-year-old son. As they could not afford the surgical fee of their daughter, they approached One Hope Charity for help.