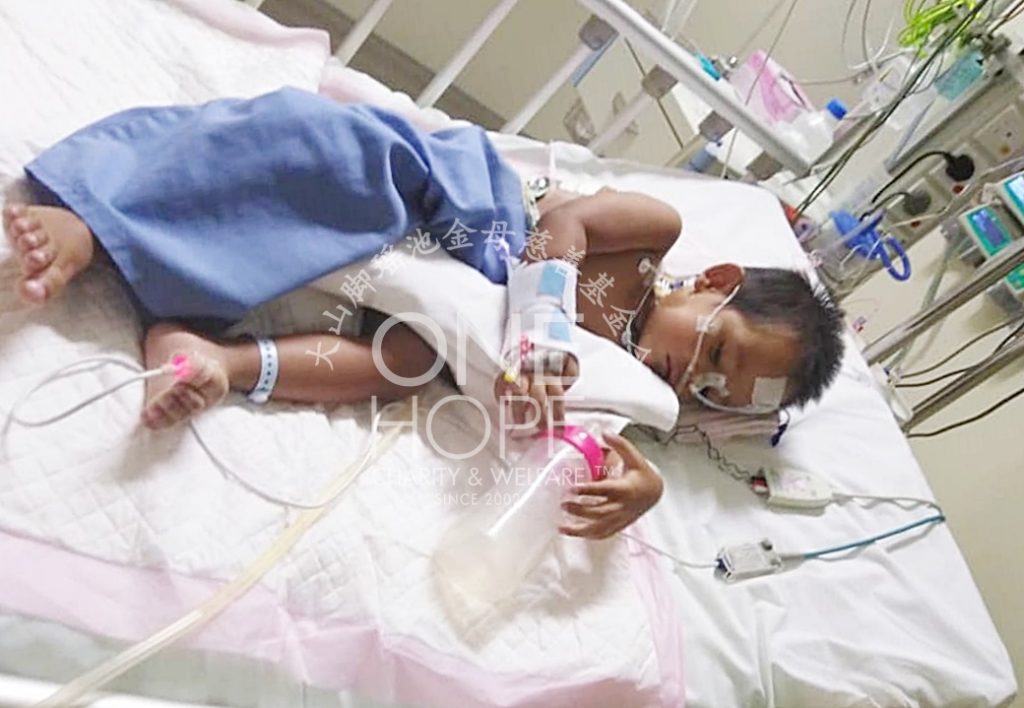 A 4-year-old boy was diagnosed with heart malformation but his surgery was being delayed repeatedly due to the family’s financial issues. Today, there can not be anymore delay as his heart was failing, and the parents are in need to raise RM80,000 to save his life.

After giving birth to Muhammad Afwan Zaqwan bin Abdul Nur, the doctor has found lack of oxygen deficiency in his blood level and was immediately taken for further examination.

It was found that his heart not only has no valve, but also diagnosed with Ventricular septal defect (VSD), or commonly known as “hole in the heart”. Hence, the baby had a PDA stent implant to help his breathing when he was 28 days old, while still being placed under intensive care for two months.

After being discharged, Muhammad Afwan Zaqwan still need to go for clinical checkup every 2-3 weeks. However, due to some irregularities on his thyroid, the doctors have aided him in bloodletting treatment when he was 2 years old, while also in need to undergo a Rastelli operation, which involves the repair and the formation of the heart.

For the past 4 years, the parents have been warned that the boy cannot be too active, otherwise his fingers, toes and lips would be discolored and if the condition became critical, he must be admitted to the hospital immediately. These warnings brought constant chills down the family’s spine.

During a follow-up visit in October last year, the doctor found that his current condition had reached the point where the boy had to undergo surgery soon as possible.

Muhammad Afwan Zaqwan’s heart would need to undergo the Rastelli operation, as well as the removal of the previously implanted “balloon” and stent at the same time. The cost of the whole operation is around RM80,000.

The father, Mohamad Shafiq bin Mohd Noor, 25, was formerly a salesperson in a shopping centre, but had switched to become a factory operator due to the first MCO, which he also later retrenched after the factory was shut down one month later. He is currently working by the roadside, with an average income of RM30 to RM50 per day.

On the other hand, The mother, Siti Noor Azirah binti Badryih, 30, was also formerly a factory operator, but after given birth to Muhammad Afwan Zaqwan, she quitted her job to take care of him as well as another two-year-old child.

For the past four years, the father has had to borrow his relative’s motorcycle to take his ill son for clinical checkup for the past four years. With the addition of the COVID-19 pandemic affecting their financial income and their child’s illness worsens overtime, the parents approached One Hope Charity & Welfare to seek financial aid in hopes to rescue their child.

The mother mentioned that the family are financially struggling with no assets whatsoever. They could not afford the surgery fee with their current condition, but she hoped that the public could save their precious child.