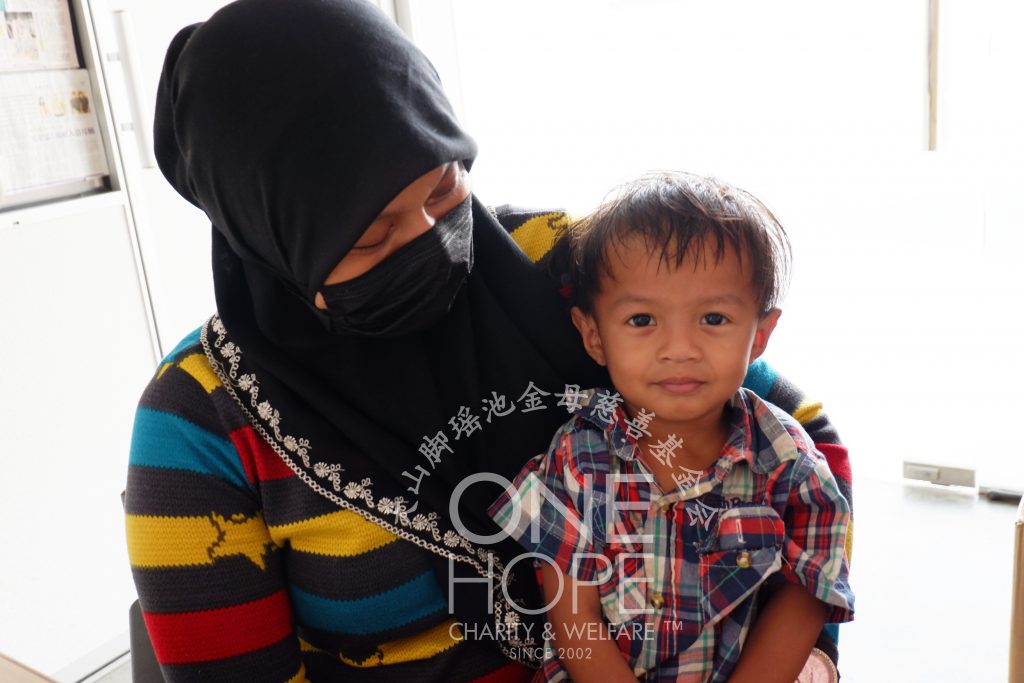 As the family struggled in their finances, the parents could not help but to postpone their child’s surgery operation. But in the recent follow-up clinical visit, the doctor informed that their child has reached the stage where the operation was necessary.

In an effort to alleviate the family’s financial burden, the eldest sister dropped out from her school. However, this was not enough to settle the RM70,000 worth of surgery fee.

MUHAMMAD ALIFF FARHAN BIN MD SAAD was born in Sungai Petani, Kedah, since April 19, 2019. The delivery was normal and smooth but had to be hospitalised the next day after his body showed signs of jaundice. After careful examination, the doctor found that the child had a hole in his heart and was diagnosed with cardiovascular stenosis. He was later sent for intensive treatment and further examination.

At that time, the Muhammad Aliff Farhan’s condition could be regulated with medication, but would require regular clinical visits. The doctor also informed that the child must be at least weigh 8kg or above before arranging for the surgery.

In his last clinical visit, it was found that his condition has worsened. The doctor has discovered in a clinical examination that the child has been diagnosed with Tetralogy of Fallot (TOF), which is a congenital heart disease. Symptoms shown include pulmonary artery stenosis, ventricular septal defect, right ventricular hypertrophy, aortic spanning. Additionally, it is also found that his right ventricle has a double outlet (DORV), which further complicates his current condition.

The 20-month-old child currently weighs 8.5kg, which makes him suitable for surgery. Although he does not appear to be suffering at the surface level, it is highly advised that the surgery must be done as soon as possible, otherwise his heart will continue to deteriorate.

His mother NOR AZURA BINTI ZAINOL, 36, works as a janitor in a hospital in Kedah, with a monthly income of RM1,200, whereas his father MD SAAD BIN HAMID, 47, is a casual worker, and only earns income if he has a job.

The two of them have to take care of six children, aged ranging from one to 19 years old. The eldest of the six had decided to drop out of school because of her youngest brother’s medical condition and help the family. However, It is not enough to fully handle the surgery fee, hence the family approached One Hope Charity for help.

After reviewing the case, the One Hope Charity has agreed to initiate a fundraising movement in hopes to pay for the operation fees worth around RM70,000 and we urge the public to donate for the cause and save the boy’s life.

Family agrees to allow One Hope Charity to take charge of the fundraising and at the same time, accumulating the donations from the public.