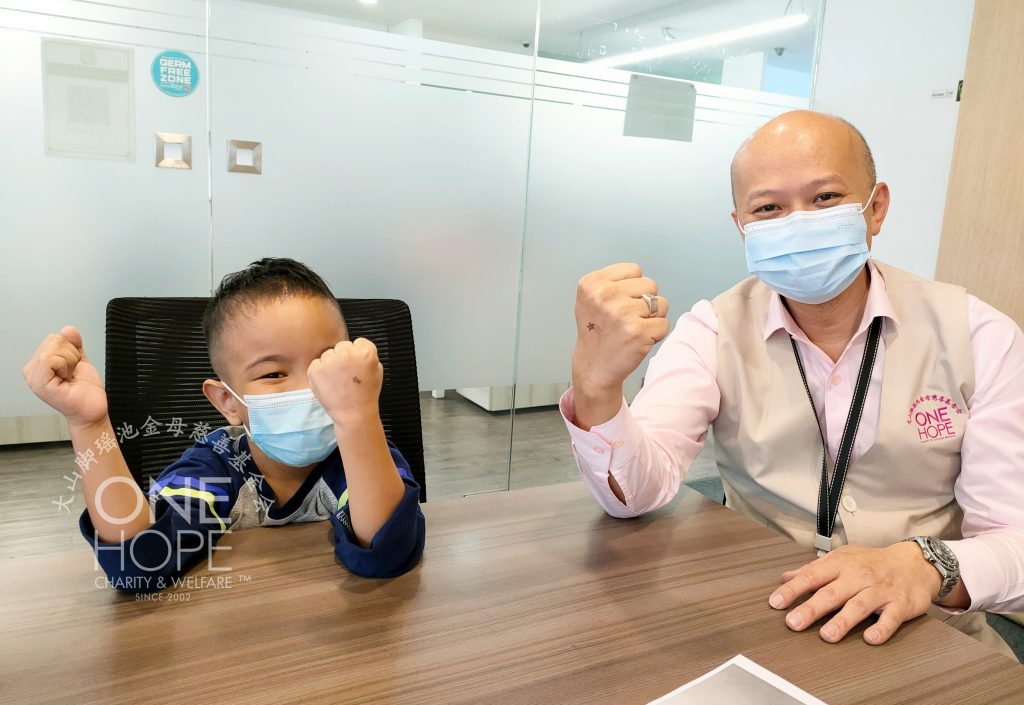 While the boy may look healthy and lively, all thanks to her tender love and care by her mother for the past seven years, has recently suffered from a serious heart disease and needs to undergo surgery.

When the single mother gave birth to her first and only son, he was diagnosed from a serious heart disease. For the past seven years, she has been taking extra care of him to prevent her only son from being overly active and triggered his heart disease. However, recently, his heart condition became worse and is in need to undergo surgery. The mother begged the public to donate RM40,000 to take care of her son’s medical expenses.

Today, Muhammad Sufi Khalish Bin Mohd Zaidy was seven years old and was born in Kuala Lumpur. When he was still in Nurul Ainnee Binti Latif’s womb, the doctor suspected that he may have a heart disease, but cannot be too sure until the baby was born.

Muhammad Sufi Khalish is a premature baby who was born at 30 weeks of gestational age. After birth, he was diagnosed with a hole in his heart and the doctors have transferred him to an incubator for examination and treatment for six months. The baby was later discharged once his condition was stabilised and returned home to reunite with his mother.

Over the years, the single mother has been taking extra care of her child, fearing that her son’s heart disease would be triggered.

Fortunately for her, the child’s medical condition has been very stable for the past several years. Under his mother’s care, he had not shown any discomfort. It is up until February this year that her son told the mother that he has been very exhausted lately. Expressing her concerns, she took her son to the National Heart Center for examination.

After careful inspection, the doctor confirmed that not only he has a hole in his heart, but also signs of defects in the peripheral membrane, prolapse of right coronary valve and aortic regurgitation. The doctor advised immediate surgery repair, otherwise the boy’s life would be in serious risk.

The sudden news left the single mother at a loss. She currently works in a dialysis center with a monthly salary of RM1,200. She divorced her husband last year, and the husband only pays RM200 per month for the children’s food.

The meager monthly income is only enough for the mother and son to make ends meet. She can’t afford the huge medical expenses for the child, so she approached One Hope Charity for assistance. After reviewing the case, the Association has agreed to launch the fundraising campaign to raise RM40,000 for the surgery fee.