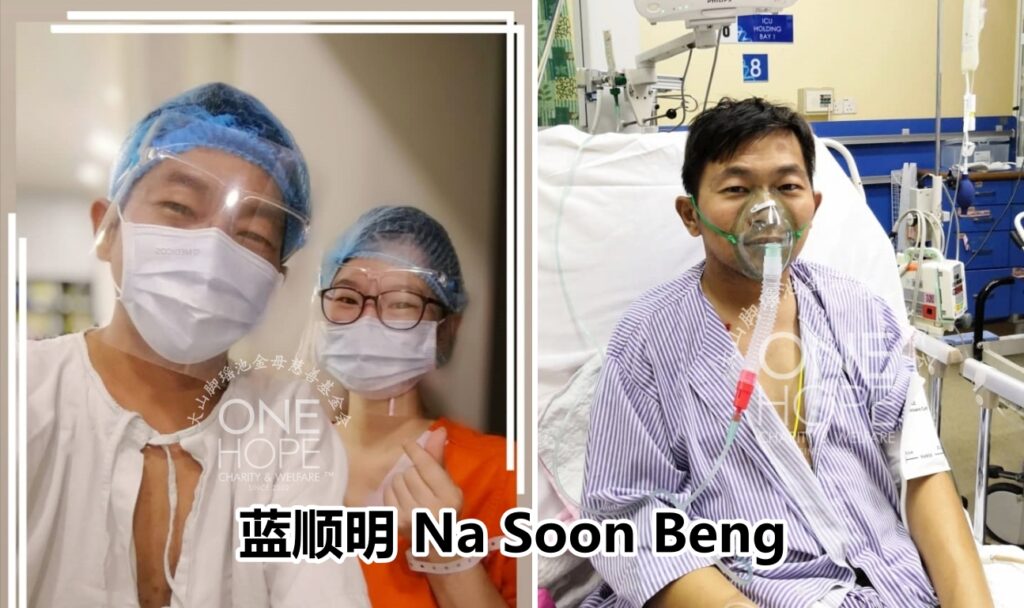 This is love! She knew that her husband has medical conditions even before marriage but she was still willing to marry him and have children with him. The couple started a beautiful family, and now, she is willing to donate a kidney to save his husband.

38-year-old Na Soon Beng from Jenjarom, Selangor, met with an accident when he was 12. He had to remove his pancreas to save his life, but since then, his body failed to secrete insulin which led to complication and he has started dialysis since two years. His wife witnessed how difficult he was going through the dialysis. After examinations, they were told that the wife’s kidney was suitable for transplantation. However, the cost of a kidney transplant is as high as RM120,000. The couple is pleading for public donations to fund the procedure.

Soon Beng has been suffering from diabetes since he was in his 20s. It was because he removed his pancreas when he was 12 after an accident. Without the pancreas, he is unable to secrete insulin and glucagon, and he has been using medicine to control his condition.

【Two years ago, his condition deteriorated and his kidneys were affected. He has to make a choice between kidney replacement and dialysis】

Just when he thought that every was under control, his condition deteriorated two years ago. His kidneys were affected and doctor suggested that he could consider undergoing a kidney transplant, so that he could have a better quality of life.

Following the suggestion from the doctor, his wife went to the hospital for a test. The result showed that his wife’s kidney is suitable to be transplanted to him.

“We were very happy at that time. My wife was willing to donate one side of her kidney without thinking twice. However, when I thought deeper, I did not accept the proposal of her donating her kidney to me. It was because our children were still very young, and the transplantation cost was very high. Hence, I decided to undergo dialysis.”

【Two years later, the couple is ready and they decided to go for the kidney transplantation】

Throughout the two years of dialysis, the doctors has been always giving him assurance and helping him with building his phycological preparation. He also learned that kidney transplantation would not have much impact on the life and health of his wife. After the kidney transplantation, he could go back to the days before dialysis. He could live a better life without becoming a burden to the family.

Soon Beng and his wife Low Yien San have a son and a daughter, aged 9 and 7. Due to the dialysis, Soon Beng is unable to work since two years ago. Before that, he was a secondhand car sales personnel, earning about RM2,000 to RM3,000 a month. His wife is an administrative staff with a monthly salary of RM4,000.

After reviewing the case, One Hope Charity decided to help Soon Beng in raising the kidney transplant procedure fee. His family agreed to authorise One Hope Charity to take charge of the fundraising and collect donations from the well-wishers on their behalf.