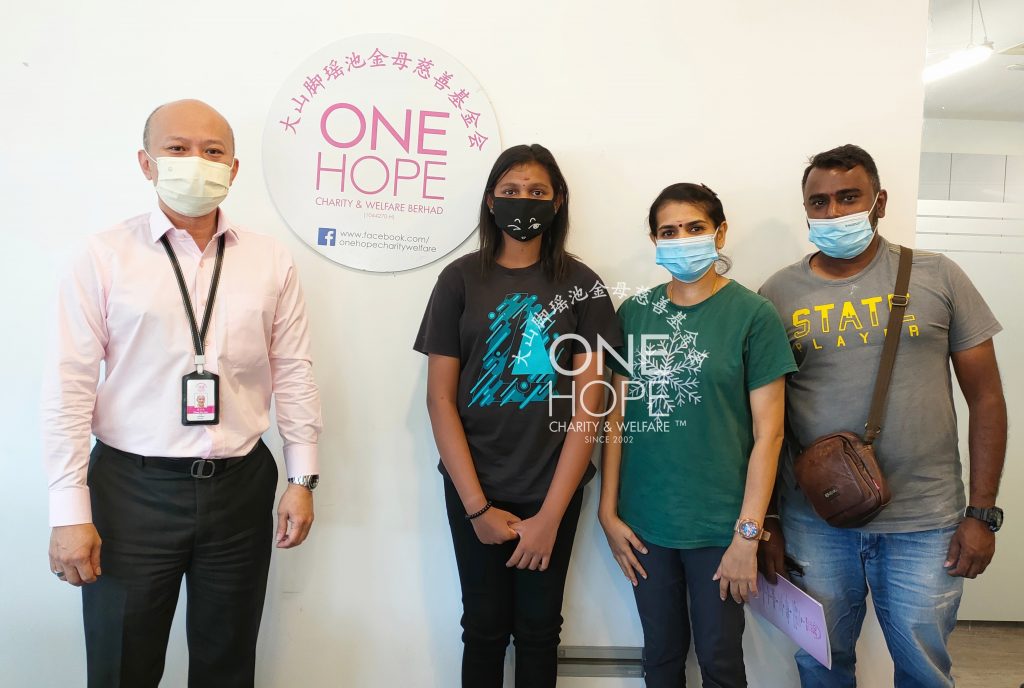 A 15-year-old girl started to lose appetite four years ago, which led her body to weigh only 18kg today. Through medical examination, she was diagnosed with Crohn’s Disease, which is inflammatory colitis. She needed RM45,600 for medical treatment that would last up to two years and she needs your donations to help her fight against the disease and return back to school.

REESHVINA A/P OM PRAKASH from Johor began to lose appetite when she was only nine years old. This was followed by symptoms such as joint pain, itchy skins and diarrhea. While these symptoms may seem insignificant she had been struggling through the pain for so long, her body weight has gone from 40kg down to 18kg. Clinical doctors weren’t able to find the cause until she was sought to a pediatric gastroenterology specialist for examination to determine that she was being diagnosed with Crohn’s disease.

Beforehand, she has always been taking meds, but generally would cause complications such as adverse effect on the eye vision, hair loss, weight gain, weakened bones, skin infection and such, and these conditions can return every now and then.

In September last year, under the doctor’s orders, she began to receive a two-year medical treatment of INFLIXIMAB. She needs to take medicine and injection, as well as undergo the treatment once every two months in order to go through her normal daily life. However, the medical fee of RM45,600 is a heavy burden for a small family.

When she was nine, her body weight dropped drastically, and had complained of joint pains and bloody stools, but they could not find the cause. She also has frequent abdominal pain which left her family puzzled. In one instance, she went to see the doctor and asked about her skin rash, the doctor said that the sudden weight loss indicated that it is a serious and complicated issue, and was advised to go to a hospital for careful examination.

The mother went to a specialist hospital to seek medical assistance with the child’s health insurance card, but it was to no avail. She then transferred to a gastrointestinal specialist and, after a blood test, she was diagnosed with what is known as Crohn's disease.

Afterwards, she had been taking meds to control her medical condition, but overdose has led her to many side effects such as hair loss. Today she needs to undergo the medical treatment once every eight weeks, which the treatment would last two years of medication and injection.

Initially, her insurance was able to cover her medical expenses, but due to the undisciplined demeanor of the insurance broker, her insurance policy was withdrawn, which affected her hope of treatment.

The parents themselves also stated that there is no related disease running in the family, and they were unsure how their daughter was contracted with the disease. Unable to provide the daughter’s medical treatment, but worrying that her condition worsens without the needed treatment, the parents approached One Hope Charity for help, in hopes that the public could save their daughter’s life.