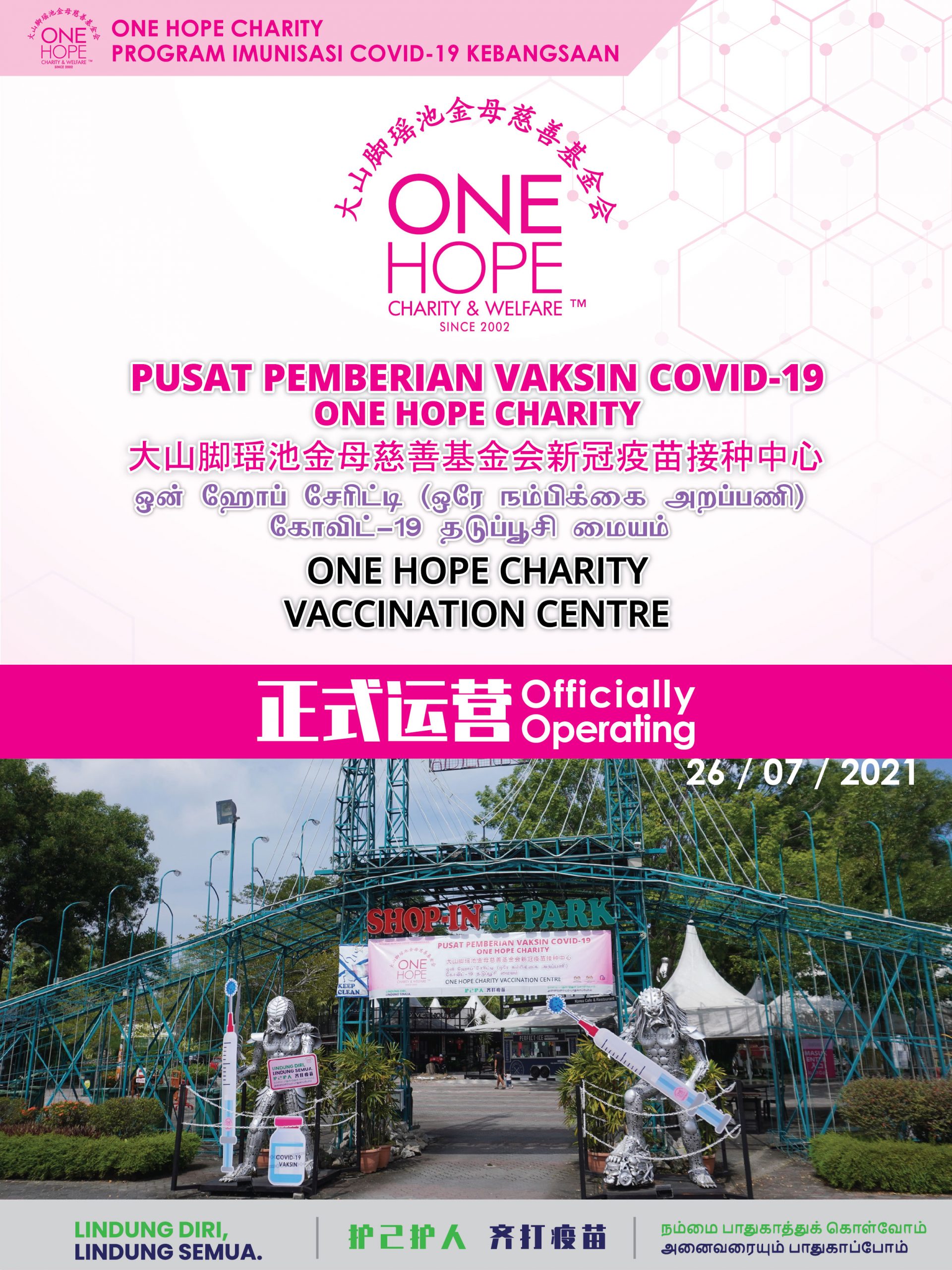 After a long preparation and many test run, One Hope Charity’s vaccination centre is officially operating.

In 7am today, our medical team had went to government clinic to collect the vaccines. The journey must be accompanied by a doctor and a pharmacist to ensure that the temperature during transport is optimal.

After collecting the vaccine, the team are escort by police to the vaccination centre.

In the first day of operation, the eldest vaccine receiver is Ang Ah Choi who is 93 years old. She was accompanied by her grandchildren. After receiving the appointment yesterday, she was excited and came forward for vaccine after breakfast early in the morning.

Her grandchildren said that she was worried about side effects but after a few months of monitoring, she realised taht the vaccine is safe. Hence, she came forward for vaccination.

Ang Ah Choi was monitored after her vaccine and she left the observation area after that. She also took photo at the photo booth.

One Hope Charity’s vaccination centre has begin its operation today. The first receiver is Lim Eng Kooi who is 80 years old. He was accompanied by his son, Lim Eng Kooi. He urge the public to get vaccinated soonest to achieve community immunity. He hopes that he can go to Kuala Lumpur to visit his relative after vaccine.

Part 1: One Hope Charity’s Vaccine Center Has Obtained Approval From The Government

Part 2: Constructions And Decorations In Progress

Part 3: Today Is The Test Run And Monday Will Be Officially Operating

Part 16: Malay Couple Got The Same Day Of Vaccination Appointment

Part 30: Thanks To All Generous Individuals & Merchant’s Contribution

Part 31: Public Will Receiving First Dose Of Sinovac Allocated By The Government

Part 32: Individuals In Waiting List Have Been Arranged For Vaccinations

Part 39: Twin Brothers Are Vaccinated Together

Part 41: Thank You For Your Loving Food & Drinks

Part 42: Tang Sanzang & Uchiha Shows Up To Get Vaccinated