18-year-old Chan Kah Kei, who suffers from binaural hearing loss, had a successful cochlear implant surgery in her right ear. The cochlear implant has been activated, so she can now return to school as usual. Her hearing has improved a lot, and the teacher also asked her to read the text aloud every day, so that she could hear her own voice. This could help her in training her eloquence, as well as to boost her self-confidence.

The cochlear implantation surgery was scheduled on 12 July, and it went smoothly. Kah Kei was discharged from the hospital three days later. The cochlear implant was activated on 25 July, and she will continue with speech therapy to improve her expression, and she also started preparing for her Unified Examination Certificate (UEC) examination.

Kah Kei from Kampar in Perak was abandoned by her parents since young. Fortunately, a kind woman adopted her. As she could not speak at the age of three, the adoptive mother took her for an examination and confirmed that she had hard of hearing in both ears, and the doctor suggested her to wear hearing aids. Two years ago, the doctor informed that Kah Kei’s hearing had deteriorated, and the hearing aid could not be effective anymore. She could only receive half of the information and needed a cochlear implant.

Although she was born in Malaysia, but the adoptive mother did not go through the official adoption process to adopt her. As a result, at the age of 12, Kah Kei’s birth certificate was confiscated by the relevant authorities when she wanted to apply for her MyKad. Since then, she has been living as a non-citizen since then. 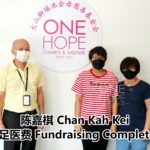 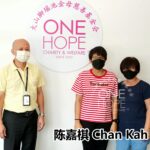 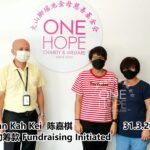