Little Sheng Quan went to Taiwan to start the journey of treatment. Let's continue to send our blessing to him.

Gee Sheng Quan, a 6-year-old boy from Sungai Petani, went to Taiwan for treatment on the 26th of September, accompanied by his parents. ONE HOPE CHARITY brought everyone's blessings and encouragement to farewell him at the airport.

ONE HOPE CHARITY launched an RM350,000 fundraising event for Sheng Quan on September 14, the parents immediately applied for visas, insurance, booked quarantine hotels and accommodation, etc., hoping to get their child treated as soon as possible.

The Taiwan government recently announced that it will be able to enter visa-free on September 29. With the cooperation of the medical team, Sheng Quan will immediately go to the hospital emergency room for a series of examinations and treatment once arriving in Taiwan. Sheng Quan and his mother are quarantined in the hospital, in the meantime father need to be quarantined for 4 days until September 29.

It was only the boy's mother who planned to accompany him to Taiwan. The father goes along with them after considering that his wife is alone and need to take turn taking care of the child. 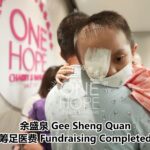 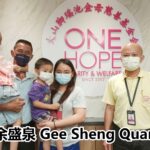 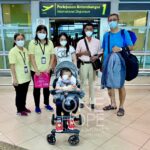