Apart from a bow, no words could describe how thankful she was!

With the support and donations from the public, her surgery and observation period went well. 35-year-old Huang Jing was once walked on the edge of life and death, but with her strong perseverance and the donations and encouragement from the public, she managed to overcome all the difficulties she faced throughout the journey of recovery. And now, she has recovered and gone through the most critical six-month observation period safely. She experienced the love and care from the society. Recently, she visited One Hope Charity with her husband to express their gratitude. She stated that she wanted to bow to show her gratefulness to those that offered help when she was in need.

Huang Jing, a Chinese national woman married to a Malaysian, was admitted to Ampang Hospital on April 7 this year, and underwent a bone marrow transplant on April 16. During this period, she experienced various pains, as well as suffering from the side effects such as fever, nausea, bacterial infections, vomiting and diarrhoea. However, she insisted to continue her chemotherapy sessions, antibiotic treatments and other treatment plans. After completing several courses of treatment, she finally went through the most difficult time. Her recovery progress went well and was allowed for early discharge on May 3.

After she was discharged, she was readmitted to the hospital for urinary tract infection. After the treatment, she continued with her regular follow-up visits. On July 30, Huang Jing was allowed to return to Penang to follow up her condition.

She went through the most critical six-month observation period safely. The examination report revealed that everything was normal, and the transplanted bone marrow continued to produce good cells. The doctor originally expected that there might be some side effects or rejections after the bone marrow transplantation, but Huang Jing’s condition went well. Even the doctor felt unbelievable as she did not suffered from the side effects, and she did not even need to take the anti-rejection medication. And now, she only needs to take antibiotic to avoid infections.

She was once at a loss and wanted to give up. Fortunately, One Hope Charity managed to provide her with immediate help, which gave her some hope and allowed her to regain her morale to pass through the suffering moments in her life.

Now, she has a new life. She is filled with happiness and she emphasised that it was the public who saved her. She said no words could describe how thankful she was, and she bowed deeply to express her sincere gratitude. One Hope Charity wishes Huang Jing all the best and we also thankful to the public for your donations. When we gathered all the kindness from the well-wishers, we gave Huang Jing a new hope and a chance to survive. 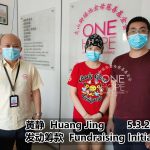 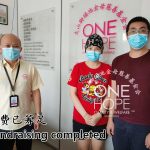 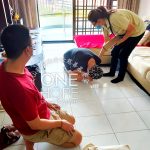 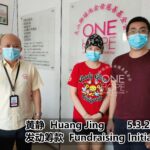