Lee Jia Yang who was born prematurely after his mother met with a car accident when she was 32 weeks pregnant, went through a heart surgery when he was just one week old. And now, with the blessings from everyone around him, he has successfully completed his second surgery. His parents are grateful to all well-wishers for their donations and prayers. Currently, little Jia Yang has recovered from heart disease and was allowed to discharge from the hospital.

Three-year-old Jia Yang had his first heart surgery shortly after he was born, and he has had regular follow-up visits since then. At the age of three, the doctor determined that his condition needed another surgery, but the family had finished all their savings in the child’s first surgery and the parents were unable to afford the expenses for his second surgery.

Donations came in after Jia Yang’s parents approached One Hope Charity for help. Little Jia Yang had undergone a heart repair surgery on December 15, and the surgery was very successful.

After the surgery, Jia Yang was put under observation in the intensive care unit for two days. He was later transferred to the general ward on December 17. On December 20, the doctor agreed that his recovery progress was good, hence, he was allowed to be discharged from the hospital.

The parents no longer need to worry about Jia Yang’s condition. They are very grateful for the donations from the well-wishers which allowed their son to undergo the surgery and grow up healthily and happily. 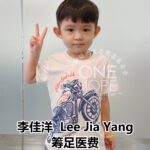 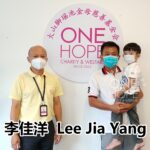 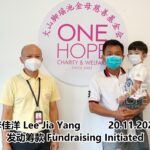