After her cochlear implantation, Loke Xin Yuan gradually adapts to the sounds outside. The lively, adorable and joyous girl can now hear her own voice and can listen to kids songs. She can also dance and sing along with the nursery rhymes.

Two-year-old Xin Yuan from Sungai Siput in Perak is lively and adorable. Her family members found out that she did not respond to the sounds of firecrackers during Chinese New Year this year. After conducting some self-tests, they confirmed that little Xin Yuan could not hear. They took her to the hospital for a hearing test.

After several assessments, the specialist confirmed that Xin Yuan was near to complete deaf. The doctor initially advised her to wear a hearing aid but it did not work. Hence, the doctor suggested her to undergo cochlear implantation.

Her cochlear implant surgery was conducted in June 26 and it went smoothly. She was discharged after two days. After that, she has to go to the hospital regularly for follow-up so that she could gradually adapt to the sounds around her.

And now, little Xin Yuan can slowly adapt to the world with various sounds. She likes to watch nursery rhyme videos, and she will move her body along with the music.

Her parents are very grateful for the donations from all well-wishers, so that their daughter can regain her hearing ability and grow up healthily. 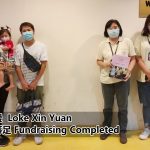 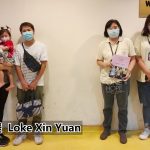 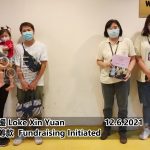 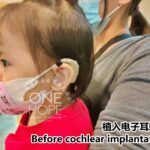