With the support and blessings from everyone, the three children have completed the operation and are growing up healthy.

They are the only children in the family and suffered from serious heart disease. With the help and blessing of everyone, they now can grow up healthy and bring a lot of joy to their family.

Muhammad Nur Faiz Irsyad Bin Mohd Iqkhram, a 4-month-old baby boy from Penang, was diagnosed with serious heart disease. He was controlled by medication before the operation. He underwent surgery on November 8 and was discharged from the hospital on November 14.

Nur Qurratul Aina Binti Ajis, a 9-year-old girl, and Zainul Ariffin Bin Zainal Abidin, a 10-year-old boy from Sarawak, have lived happily through childhood as they were young. Unexpectedly, they found heart problems during the general check-up and were referred to the National Heart Institute. Their parents were told that the child was suffering from congenital heart disease and needed surgery to save their life. 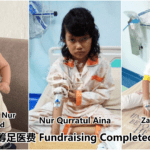 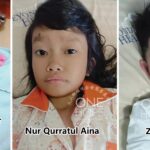 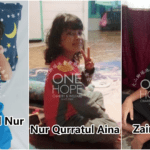