One-year-old Muaz Aidan Bin Mohammad is very resilient. After completing three surgeries, he is now in the process of recovering. He was discharged from the hospital and is currently recuperating at home.

Baby Muaz Aidan from Jitra, Kedah, was born in Perlis Hospital on November 30 last year. Shortly after he was born, the doctor discovered that he was suffering from Tetralogy of Fallot (TOF). He underwent two heart surgeries at the age of three months old and 10 months old respectively.

However, he needed three surgeries to treat his heart problem. The two surgeries had exhausted his family’s savings and the parents were unable to pay for the third surgery. In desperation, they sought help from the public.

The baby boy underwent the heart surgery on October 8. He was transferred to the general ward after being observed in the intensive care unit for several days. During this period, due to the unstable blood oxygen, the specialist hospital referred him to a government hospital for blood oxygen observation.

After being observed in the hospital for more than two months, her parents received some good news a few days ago – he was finally allowed to go home.

Baby Muaz Aidan showed us that he has great vitality. His parents are very grateful to all well-wishers for their help. They also promised to donate and help the other patients within their ability and let the love continues. 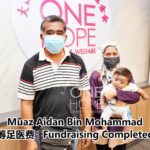 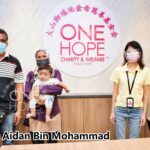 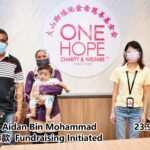