A baby boy who had minor heart surgery on the second day of birth has now completed the second heart repair surgery, he has recovered and been discharged. He is now growing up healthily.

A baby boy, Muhammad Habiburrahman from Jitra, Kedah, was born on October 25.  At that time, doctors discovered that he was short of breath. After the check-up, he found that his tiny heart was abnormal. The balloon catheter operation was performed on the next day and he continued to stay in ICU to receive treatment. Later, the baby boy needed another heart operation due to an emergency situation, so the parents seek help from One Hope Charity for the medical expenses of RM90,000.

A total amount of RM90,000's fundraising event was launched for him. After surgery, his condition was good. He was allowed to discharge on November 23 after he is fully recovered.

His parents are very grateful for the help of the generous public. Although the current livelihood is difficult, many generous people are still willing to help them regardless of race or religion. They are deeply moved. 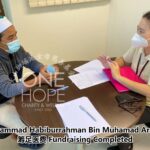 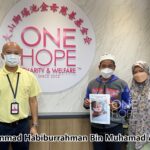 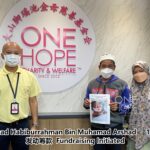