Lovely little Queena had underwent a successful cochlear implant surgery and it will be activated on January 14. She is expected to gain her hearing before the Chinese New Year.

Five-year-old girl Queena Chong was born with binaural sensorineural hearing loss. She had cochlear implantation surgery on December 29 after One Hope Charity successfully raised the fund she needed for the surgery. And now, she has been discharged from the hospital, and it is expected that the activation of the cochlear implant will be on January 14, which enable her to hear the sounds around her before the Chinese New Year.

Little Queena from Johor was infected with congenital cytomegalovirus (CMV) before birth. She was confirmed deaf in both ears two weeks after she was born. In order to help little Queena to regain her hearing, she had a cochlear implant in her left ear when she was one year old.

After the successful surgery on December 29, the doctor allowed little Queena to be discharged from the hospital on December 31. She has now returned to Johor. During this period, she needs to give special care to her surgical wound, and if the wound recovers well, the cochlear implants can be activated soon.

Her mother also brought us the good news. Queena’s wound is recovering well. She is currently attending a kindergarten, and she is looking forward to the day when the electronic cochleae being activated.

Queena’s mother is very grateful to all the kind-hearted individuals who donated, which enabled her daughter to have the opportunity to undergo the surgery. 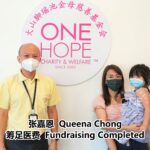 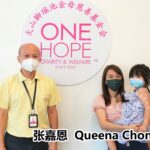 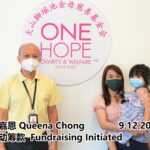