The two stroke patients had undergone mechanical thrombectomy within the golden window and their respective surgery went smoothly. They are now under observation in the intensive care unit and are expected to be discharged from the hospital soon.

57-year-old Tung Heng Fatt has undergone the surgery at 8pm on 29 December 2021. The surgery, which was about two and a half hours was carried out smoothly. He is currently under a 72-hour observation in the intensive care unit. If everything is stable, he will be transferred to the general ward before being discharged from the hospital and returned home to recuperate.

As for the 46-year-old factory bus driver, Mohamad Roslan, he had completed the surgery and is currently out of danger. He is recovering well; the hands and feet that were affected by stroke can now be lifted, and he has regained consciousness. He is expected to be referred back to Ipoh Hospital on Friday (31 December 2021) for rehabilitation.

Heng Fatt’s elder brother appreciates the help from One Hope Charity which allowed his younger brother to undergo immediate surgery as the help really eased the burden of their sister and himself.

As for Mohamad Yusri Hakim, Mohamad Roslan’s only son, he drives from Ipoh to Kuala Lumpur to visit his father daily after the surgery. However, he does not need to travel anymore after his father is being transferred back to the Ipoh Hospital.

The two families are grateful for the assistance from the public, so that their loved ones can temporarily escape from the danger. 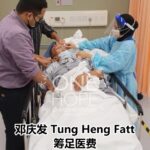 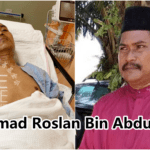