It was something sad when they did not have a chance to bid farewell to their loved ones died of Covid-19. What made the situation worse was that they were too poor to afford the funeral and burial expenses of their beloved.

The first deceased was a 67-year-old Indian man from Kedah. He passed away at a hospital in Ipoh, Perak. After completing the post-mortem procedures, his body was claimed on July 7 for cremation. The entire process was monitored by the police and medical personnel. After the cremation, the medical personnel also conducted disinfection at the areas involved.

The second deceased was a 65-year-old security guard from Sungai Petani, Kedah. He took a train from Sungai Petani to Bukit Mertajam for work every day. On the night of July 17, he was found dead at the train station. The body was sent to the hospital, and he was tested positive for Covid-19.

The family members of the two deceased were deeply saddened by the news of the sudden death of their beloved ones. However, they were even more helpless as they could not afford the funeral expenses.

One Hope Charity has been providing funeral and burial assistances to poor families. As long as a family fulfilled the qualifications, One Hope Charity would take charge of the funeral expenses so that the family members of the deceased could send off their loved ones without having to worry too much.

One Hope Charity also has a programme called 'Promise of the last journey', where elders without relatives could register with the organisation for their funeral arrangements in the future. One Hope Charity would conduct the funeral based on the applicants’ last wish.

Thanks for the donations from the public as your contributions would help One Hope Charity to provide more funeral assistances to poor families and lonely elders. Those who wish to make a donation could do so anytime as it is a long-term aid provided for the needy.

If there are any poor and needy who could not afford and manage the funeral for their loved ones, or any elderly living alone who wanted to register for the 'Promise of the last journey' programme, kindly contact One Hope Charity at 016-4192192, 019-2322192 or 04-5399212 for assistance. 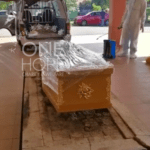 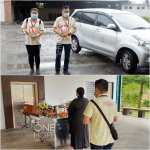 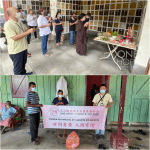