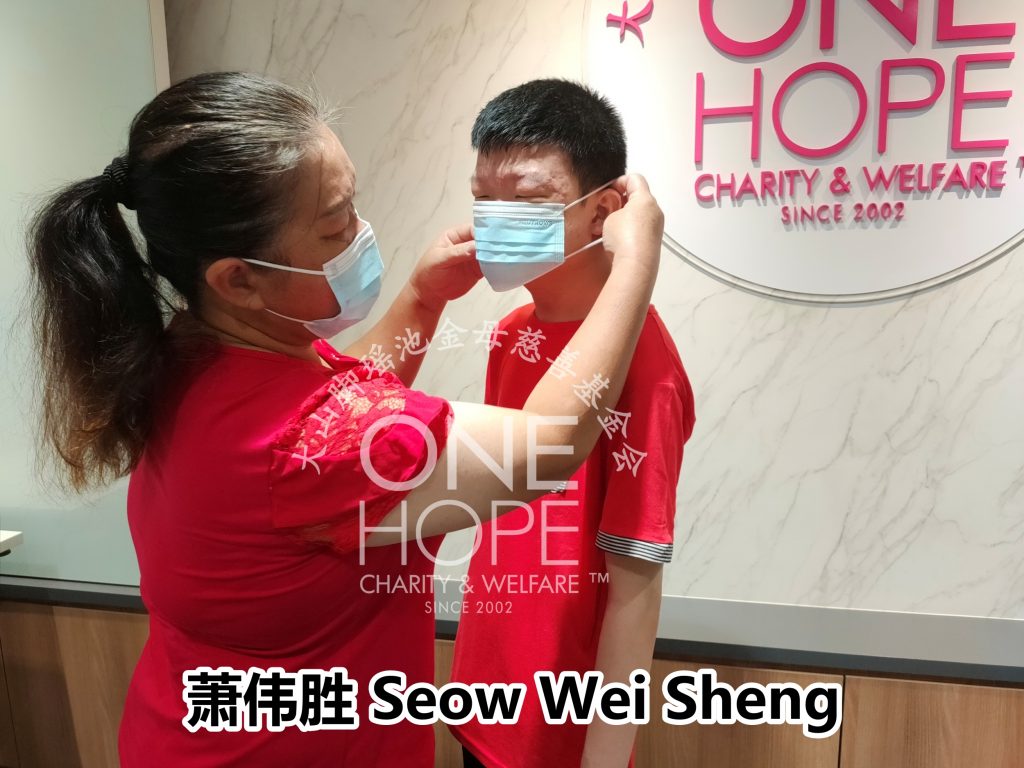 He is a child with special need and his life has not been easy since young. Even so, he is very resilient, and he has family members who love him. 15-year-old Seow Wei Sheng has been suffering from a primary immunodeficiency disease since he was small, and he also undergone two heart surgeries. As he grows, he needs to undergo a third surgery now.

Wei Sheng, a 15-year-old teenager from South Seberang Prai in Penang, was diagnosed with DiGeorge syndrome, a severe genetic disorder that cause problems with the immune system after he was born.

In just a week after he was born, his parents further discovered that his lips turned purplish, and he was confirmed to have hole in his heart. He had undergone heart repair surgeries twice, when he was one month old and when he was 2. Now, he needs to get his third heart surgery.

Although he is a child with special needs, his parents never gave up on him. They wanted to fulfill their mission and responsible as parents to protect their child. And now, their son needed a huge amount of surgical fee, so they are pleading well-wishers to offer help to save their son.

Wei Sheng was born on August 4, 2006. A week after he was born, his lips turned purplish when he was crying. His parents brought him to the hospital for a check and the doctor diagnosed him with truncus arteriosus Type II. He was transferred immediately to National Heart Institute for treatment.

He went through his first heart repair surgery at the National Heart Institute when he was one month old. In 2008, when he was 2, he had his second surgery. After his surgeries, he has his regular follow-up visits at Seberang Jaya Hospital and Penang Hospital.

Wei Sheng was living in peace for the past 13 years. However, in July this year during one of his follow-up visits, the doctor told him that as he grows up, he needs to undergo a third surgery and to replace the heart stent, but as he could not obtain the appointment at the National Heart Institute, he has been referred to a specialist hospital in Penang to undergo the surgery cost RM90,000.

His 55-year-old father Seow Kwang Beng was a hawker but his business wasn’t doing well. So he ended the business and currently works at a furniture shop with a daily salary of RM45. His 50-year-old mother Siaw Fa is a housewife. The couple has three daughters, and Wei Sheng is their only son.

The family agrees to authorise One Hope Charity to take charge of the fundraising and collect donations from the well-wishers on their behalf.