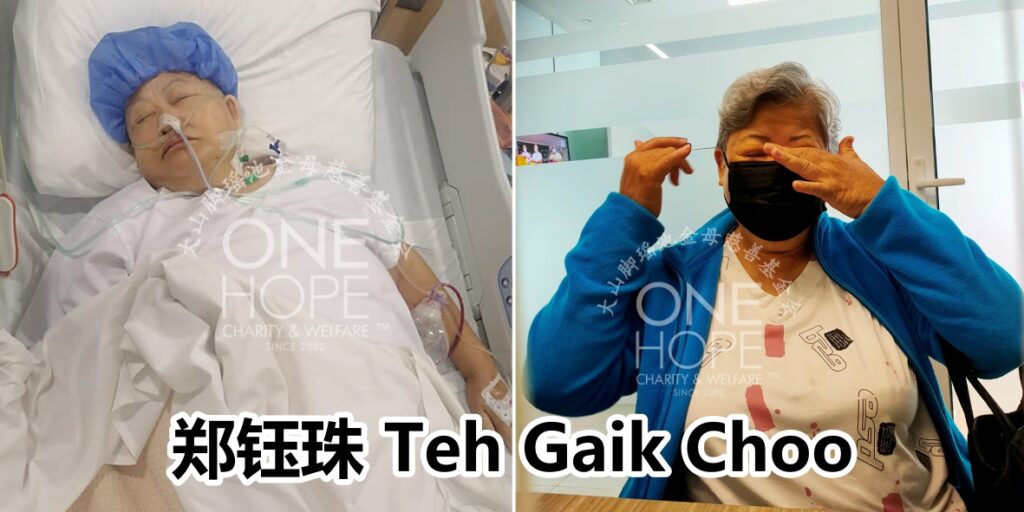 “I hope my mother can be with me as I grow up. I pray that she can be healthy. I also wish that she could see me winning drawing competitions.” This is the wish list of a daughter who has been accompanying her mother throughout her fight against cancer.

16-year-old Malaysian girl Hiromi had lived a stable life with her mother since her father died when she was five. Unfortunately, the mother fell sick one year ago. Her 65-year-old mother, Teh Geik Choo was diagnosed with terminal cervical cancer.

For the past year, Geik Choo has stayed strong and positive in fighting against cancer. She has never given up, and she can take care of herself. She can also work part-time as a babysitter to earn a meagre income.

Hiromi is very talented in drawing. She has participated in many local and international drawing competitions, even won champions, and brought glory to the country, her mother and herself. Her ambition is to become an animation illustrator, and she hopes to share the honour and joy with her mother in the future. However, life is too fragile, and she needs to suffer the pain of losing the dearest person in her life at any time. She is at a loss, but she hopes that her mother can be healthy and continue to accompany her until she grows up.

【The doctor said that Geik Choo, who had terminal cervical cancer, left only four months to live, but she could not let go of her daughter, who is still studying. She stayed strong and positive and managed to survive for a year. Now, she asks for help to raise her medical expenses, with the hope that she can live a few more years until her daughter can live independently】

Geik Choo, a 65-year-old widow, living in Nibong Tebal, went to the hospital in August 2021 for treatment as she was unwell. Unexpectedly, she has diagnosed with stage four cervical cancer. She underwent chemotherapy and a hysterectomy, and her condition was temporarily under control. The medical expenses at that time were covered by insurance and the hospital’s welfare department.

After that, the doctor suggested targeted therapy. One Hope Charity had a home visit in early February this year, assisting her in raising the required medical expenses. After that, her condition improved. From being unable to walk and needing help from others, she can not only walk by herself, but also go to the market to buy food and cook. She can also take good care of a disabled child to earn some money to support her family.

Geik Choo married and moved to Japan with her Japanese husband 15 years ago, but the couple returned to Malaysia after her husband suffered from spinal problems.

Geik Choo is now taking care of a 27-year-old mentally disabled girl to earn a meagre income. Her friends also helped her financially, but the mother and daughter’s life is still stretched. After learning her condition, the school selected Hiromi as a working student and exempted all her school and miscellaneous fees so that she could go to school without worrying about the fees.