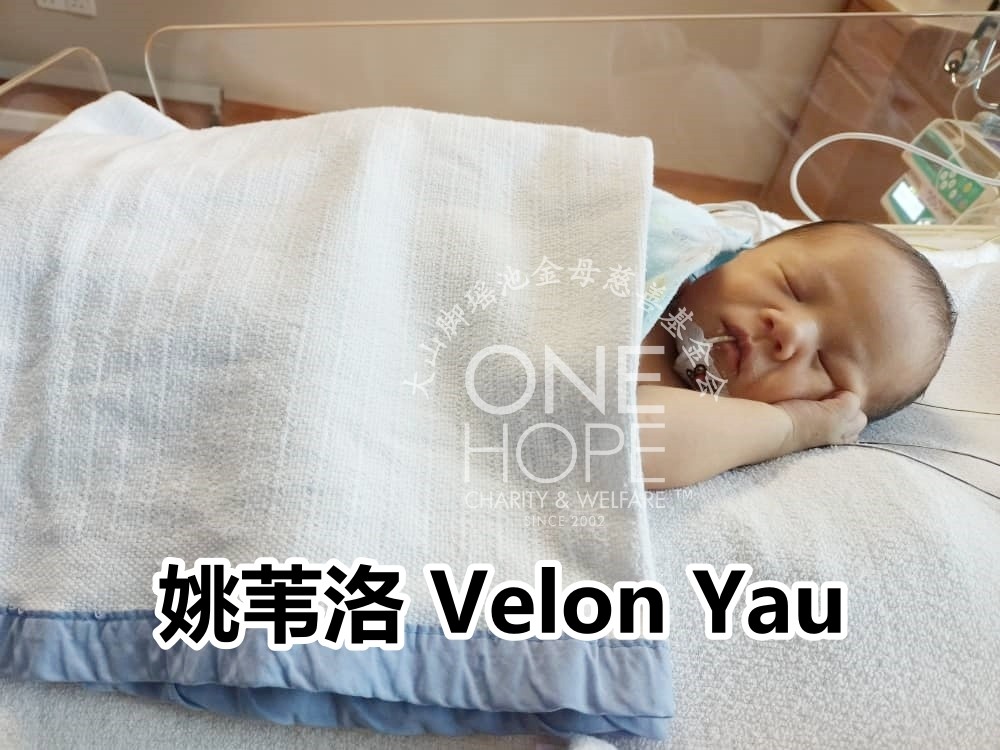 Do you still remember baby Velon Yau, the newborn whose life was saved through public donations in May this year? He had a successful surgery then and returned home to be reunited with his family. Three months after his surgery, the doctor found out that his cardiovascular was becoming narrower. After several examinations, it was confirmed that he needed another heart repair surgery.

The doctor informed that the baby boy has interrupted aortic arch with ventricular septal defect (IAA/VSD). 10% of the patients might develop this rare condition after their first heart surgery. Therefore, he needs to get his second surgery that cost RM30,000.

His parents spent all their savings on his medical treatments earlier. In addition, his father who worked in Singapore, took three months of unpaid leave, and returned to Johor prior to his birth. They have to rely on their relatives and friends to fund their daily expenses and could not afford their child’s RM30,000 surgical fee. Hence, they came forward once again to seek help from One Hope Charity.

【Diagnosed with complicated congenital heart disease when he was born and undergone his first heart surgery when he was only three weeks old. Unfortunately, he has to undergo another surgery three months after the first surgery】

Velon, who was born in May this year, suffered from lungs infection when he was born. When he was receiving the antibiotic treatment, the doctor found out that he has serious heart defect. He was first diagnosed with hole in his heart, and then rare rupture of the heart aorta that would affect the blood oxygen supply to the lower part of his body, as heart as problem with his heart valve. He was in critical condition.

One Hope Charity had launched a fundraising for him then, and managed to raise RM40,000 surgical fund he needed in two hours. The baby boy undergone his first heart surgery on May 16.

The surgery went smoothly, and he survived. After he was discharged from the hospital, his parents brought him for regular follow-up visits. However, the doctor recently found out that the aortic arch of his heart was interrupted, as well as ventricular septal defect, which required surgery.

At this critical time, the doctor also reminded the parents to monitor closely the condition of their child, including the child’s milk intake, his breathing, and his urine condition; and inform the doctor immediately if he shows unusual symptoms.

The baby is 5kg now, and he can only finish his milk in stages. He is quite weak and those who take care of him must wear a face mask.

His 44-year-old father Yau Ten Yen was a mechanical engineer in Johor. As his income was affected by the pandemic, he decided to go Singapore to work in December 2020, but due to his son’s condition, he has been on unpaid leave since May.

At first, he planned to return to work on August 16 after his son’s surgery, but just before the day he returned to Singapore, in a follow-up visit on August 11, his son was diagnosed with new medical condition which forced him to postpone his plan to return to his workplace.

The baby’s 40-year-old mother Sow Lee Chean is a housewife. The couple has two other children, aged 13 and 10 years old.