"Yong Hong never gives up easily and fights until the end."

Tan Yong Hong, is a 15-year-old teenager from Dagang, Selangor had been fighting cancer for 9 years. After completing the treatment at the Singapore Hospital, his condition was worst during the observation period. Unfortunately, he passed away in the hospital.

Yong Hong was diagnosed with blood cancer when he was 7 years old and has been fighting the disease for a long time since then. He was growing up in the hospital with constant chemotherapy, blood draws, and tests, and he has never been to school.

He has defeated the cancer demons twice. Last year, cancer recurred after being infected with COVID-19, and the cancer cells spread to his brain. He needed to go to Singapore for chimeric antigen receptor T cell therapy (also known as CAR-T therapy).

Accompanied by his father Tan Kok Tiong and his mother Chu Shock Chin, Yong Hong flew to Singapore for treatment. He successfully completed the Car-T therapy. However, two weeks later, during the follow-up examination, it was found that the cancer cells had suddenly spread and spread rapidly.

The doctor adjusted suitable antibiotics to Yong Hong according to the type of bacteria. During his antibiotic treatment, his condition came back and forth, and he had various conditions on and off. However, due to multiple bacterial infections and organ failure, he lost to the disease and died.

Although Yong Hong has only been with his family for 15 years, he has left good memories for his family members. "Everyone tried their best, and Yong Hong persisted until the last minute. He is great and brave. We love him so much." said Yong Hong's father. 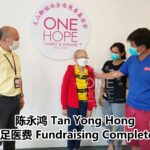 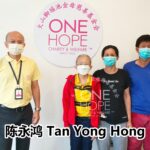 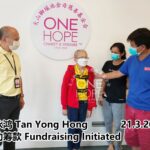