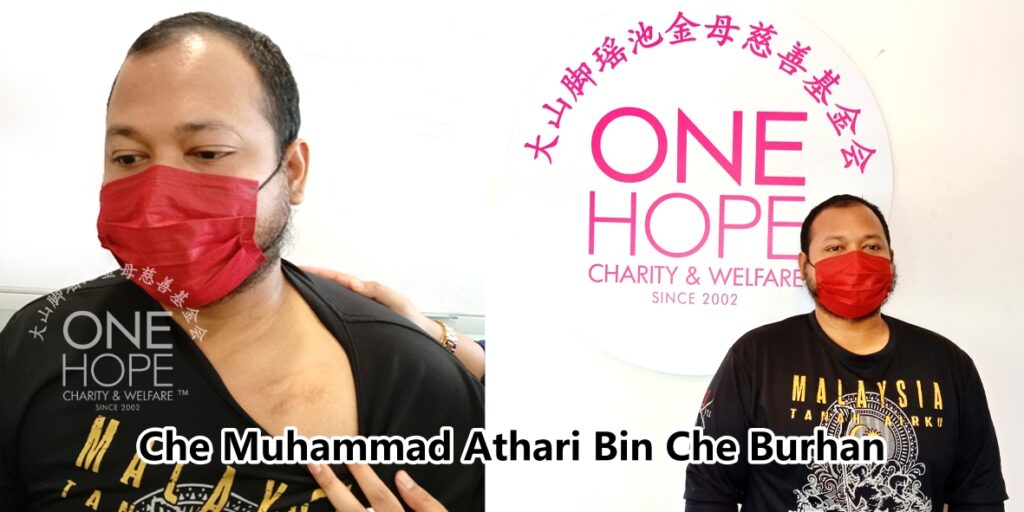 He has suffered from a special yet serious heart disease since young, and he can’t be treated with medicine or surgery. In order to keep him alive, the doctor installed a pacemaker in his heart. However, when the 30-year-old warehouse employee wanted to get his Covid-19 vaccination, it was revealed that the battery of the pacemaker has exhausted. The doctor has warned that the replacement of pacemaker cannot be delayed any longer, otherwise, he will only leave five months of life.

Che Muhammad Athari Bin Che Burhan from Kuala Lumpur was diagnosed with a special yet severe congenital heart disease. His condition cannot be treated with surgery or medication, so he had a pacemaker implanted in his heart when he was seven years old.

Che Muhammad Athari did not blame it on fate or the others, but he studied hard and later work hard. A pacemaker is not permanent and requires regular check at the hospital. When he was 17, he had a pacemaker replaced and he recovered well without any discomfort.

Later, Che Muhammad Athari also started his own family. His wife is a financial manager of a logistic company, and the couple have no children. Unfortunately, he started to feel fatigue since several months ago, but he did not take it seriously. He thought that it was due to his job. When he wanted to get his vaccination and he had to get a doctor’s approval letter, he had no choice but to go to the hospital for a check-up.

Unexpectedly, the doctor informed that the pacemaker’s battery has exhausted. As the pacemaker has been used for about 23 years, the wires in the pacemaker also need to be replaced.

The surgery was originally scheduled for April, but he kept on delay it as he is unable to afford the medical expenses. He said that the doctor already warmed him not to delay anymore. Once the pacemaker’s battery is completely drained, he will suddenly faint and might not be able to wake up anymore.