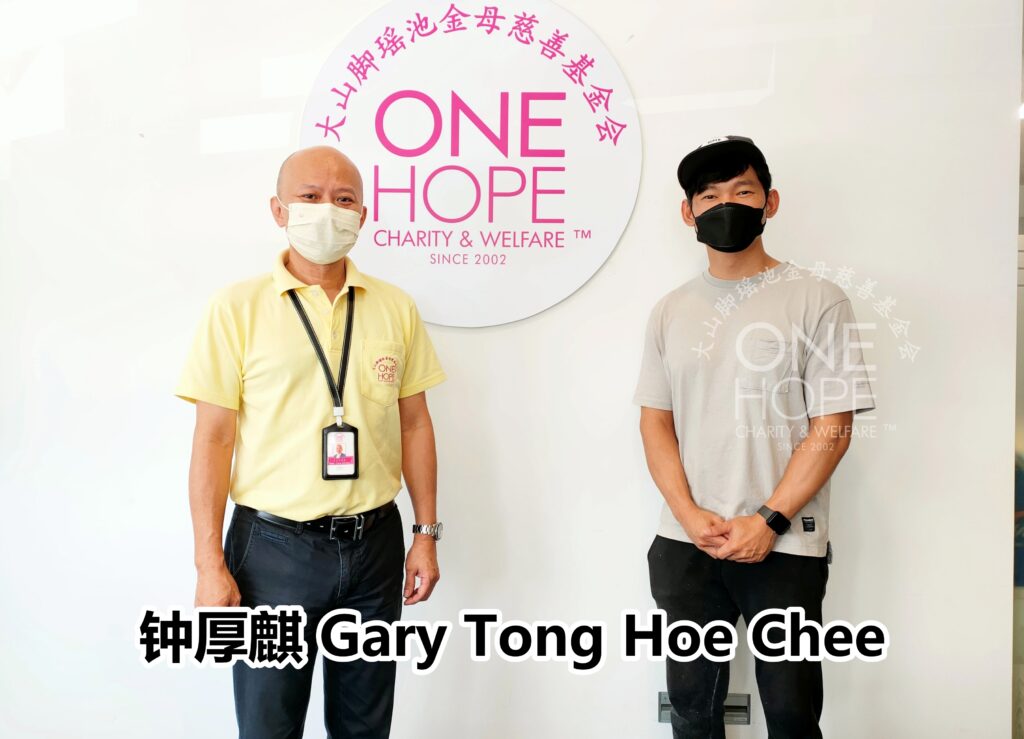 “I have participated in numerous charity concerts to raise funds for cancer children, cats and dogs, aboriginal groups, and others who were in need. I never thought that this time I would need your help.”

Gary Tong, a 34-year-old Malaysian musician and singer, is suffering from lung cancer. He has participated in numerous charity concerts to raise funds for children with leukaemia, stray animals, aborigines, flood relief for flood victims in East Coast, among others. However, he is the one who needs help this time, so that he can continue with his targeted cancer therapy to prolong his life.

Genetic tests revealed that chemotherapy has little effect on his condition, and he needs oral monotherapy to control his condition. Since he was diagnosed with cancer in 2020, he has started to take the targeted medication. He has exhausted all his savings on medications. He even borrowed money from his relatives and friends, as well as his elderly parents. And now, he needs RM94,400 for his medication fee for a year.

【He needs to take the targeted medication for a long-term but he once stopped taking it due to financial constraints. His condition worsened resulting him to be unable to work and earn money】

Gary Tong has always been healthy. However, he suddenly felt severe pain in his shoulder, back and waist in 2020, and he went to seek medical treatment, but he was later diagnosed with lung cancer.

As he is not well-to-do, he wanted to go to a government hospital for chemotherapy. However, genetic tests revealed that chemotherapy has only little effect on his condition, and his condition can only be controlled with oral monotherapy.

The government hospital does not provide this targeted medication, so he needs about RM20,000 a month to purchase the medication. If he does not continue using this medicine, he will often have headache, nausea, blurred vision and other symptoms, and he can only lie in bed all day. He cannot work like a normal person, and he faces financial difficulties.

During the pandemic, no public events were permitted so he could not sing and perform. He had to do some video shooting and editing works in order to maintain his living expenses.

The huge amount of medical expenses left him helpless, so he had to borrow money from his parents to buy medicines to stabilise his condition. He felt guilty as  he could not take care of his elderly parents and made them worry about his health condition.

34-year-old Gary Tong has divorced, and he used to make a living by singing and performing.

Gary’s condition improved after taking the targeted medication. He can even take on some editing and filming jobs to support himself.

His bandmembers held a fundraising concert for him earlier this year. The amount raised at that time, plus the money borrowed from his parents, he managed to purchase the oral targeted medication for four months.

His only hope is to resume work as usual and he does not expect to recover. He also promises that if his condition is stable, he will continue to take part in charity concerts so that he can continue to give back to the society, as well as to show his gratitude towards the help from the public.

After reviewing the case following a home visit, One Hope Charity decided to assist Gary in raising RM94,400 for his medication expenses for a year. His family agreed to fully authorise One Hope Charity to take charge of the fundraising and collect the donations from the well-wishers on their behalf.