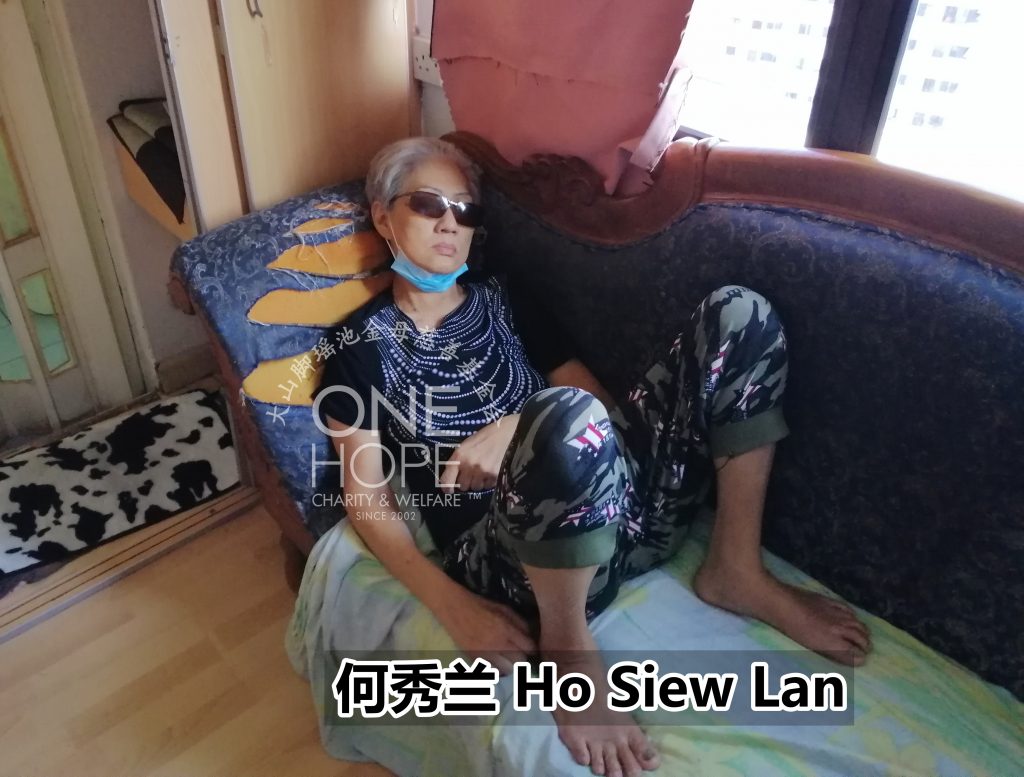 For many years, the 62-year-old woman had been living independently. But three years ago, her vision became blurry, and had undergone two cataract removal operations. To date, her diabetic retinopathy requires an injection of RM20,000, otherwise she would complete her vision.

After divorcing her husband, Ho Siew Lan from Penang has been selling food alone in Kuala Lumpur, making ends meet with her meager salary.

But three years ago, her sight became poor and during that period, she fell from a motorcycle. She visited the doctor and noticed that the patient had cataracts, hence she went for surgery to remove it.

But even after two separate surgeries, her vision did not recover and needed to buy an injection worth around RM20,000. Ho’s son had already empty his savings just to help with his mother’s medication, while also hoping that the kind-hearted people would donate in hopes that the mother could regain back her vision.

As her condition continues to persist, the children are unable to let go of their worries, hence they brought their mother back home in Penang to stay.

Last year, Ho’s eye condition relapsed. The eldest son brought her for a medical checkup and the doctor had removed her cataract once more. At the same time, the doctor found out that she also has pericardial effusion. The treatment costs RM80,000 and after deduction from the insurance, the remaining fee was paid by the friends of her children.

But what’s concerning the most was that even after the removal of cataracts, her eyes had not been better at all. Further medical examination found that her diabetic retinopathy, with her right eye still consists of an undeveloped cataract. Under doctor’s orders, both eyes must be injected with eight different medications, otherwise she will be completely blind.

But the price for a total 16 injections does not come cheap at all. The overall fee costs RM20,000, and all of her children’s savings have run dry, hence they approached One Hope Charity for help.

The eldest son, Ong Pit Wooi, 42, is an electrician with a monthly pay of around RM1,800. And married to a housewife with three kids. The younger son Ong Pit Ewe, 40, is a woodwork repairman, with a monthly income of RM2,000. He is also married and has two children. Due to the pandemic, their income has not been stable, hence they could not afford to buy the medications.