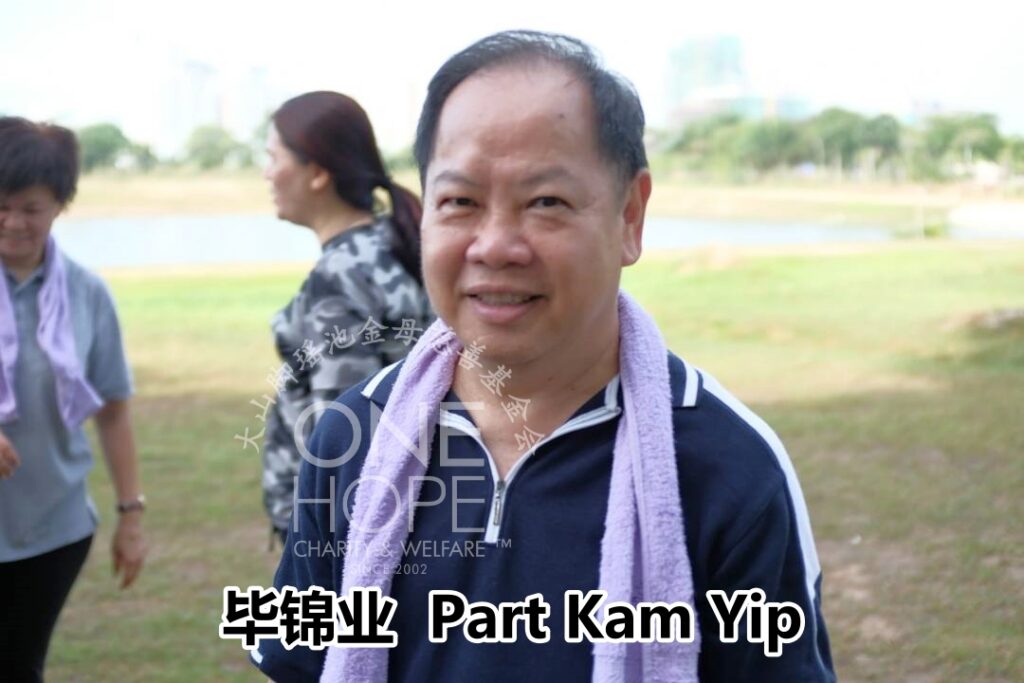 When he wanted to receive his Covid-19 vaccination, a doctor on-site found out that he had abnormal heart rhythms and referred him for a thorough check which later revealed that three blood vessels of his heart were blocked. His situation was serious and required an emergency surgery. However, he hopes that the public could help him with the surgical fee amounting to RM45,000.

Although Part Kam Yip is already 68 years old but he is still active. He works three jobs – as a packaging staff of a courier company, a deliveryman and a runner helping landlords to collect rents. He earns about RM800 a month to cover his living expenses. Although he often suffered from heart pains and breathing difficulties, but he chose to ignore his condition when he thought about the medical cost.

In June this year, he received his vaccination appointment through MySejahtera. He turned up as scheduled and informed the doctor about his condition. The doctor asked him to postpone the vaccination and suggested him to go for further check-up. He immediately went to a lab for blood test and the result revealed that his cholesterol level was too high. He was later referred to the National Heart Institute (IJN) for detailed examination.

The report showed that three of the blood vessels in his heart were blocked. Two of the vessels were completely blocked and the other one was also 70% blocked. He needs to undergo bypass surgery, otherwise it would be like a time bomb that might detonate anytime. He urgently needs RM45,000 for the life-saving surgery.

【He feels pain even when taking showers or walking slowly. Sometimes, he might wake up in pain in the middle of the night】

He has a family history of heart disease but he was more concern about the medical cost that might incurred. Therefore, he chose to ignore his situation until he was referred for a series of medical check-ups when he went for his Covid-19 vaccination.

He admitted that he did not know that his condition was so serious. Although he has been suffering from chest pain for several years, but he always thought that it was muscle pain due to excessive movements. At present, he would suffer from heart pain almost every two or three days, and his condition was quite critical. He knew that it is the time when he must take the matter seriously, but the huge surgical fee amounting to RM45,000 is another burden to him as he could not afford it.

Kam Yip, 68, was a marketing staff when he was young. After his retirement, he took up three jobs to earn about RM800 a month. His 54-year-old wife is a property agent. However, her income has dropped by more than half since MCO last year. The couple is thrifty as they still have to bear the expenses of their 21-year-old daughter for her university education. They do not have much savings and they could not afford the huge medical expenses.

After reviewing the case, One Hope Charity agreed to help Kam Yip. His family members also authorise One Hope Charity to take charge for the fundraising, as well as to collect donations from the well-wishers on their behalf.